Well, I did fail to update again later in February, but that doesn’t mean I wasn’t busy! Lately, I’ve trying out some different and new things. The first is this little repeat tea pattern: 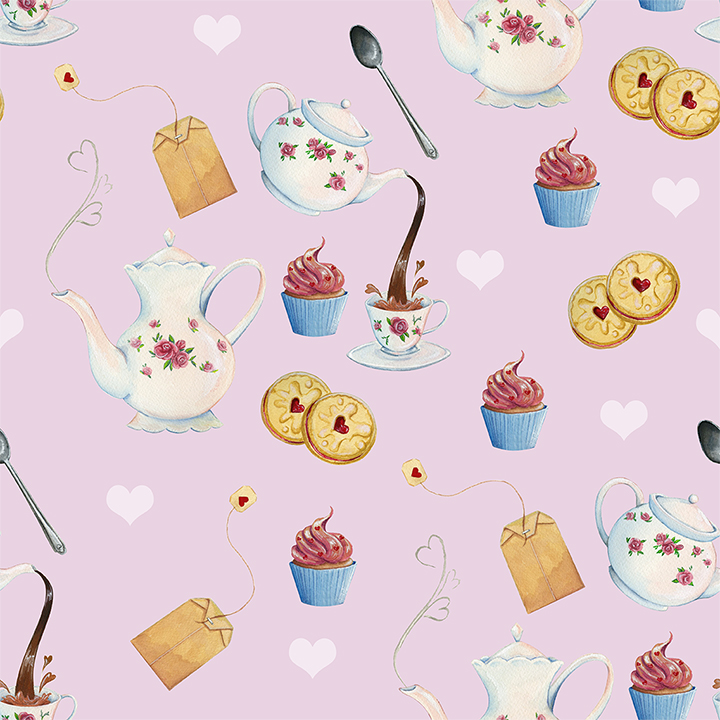 I’m so unbelievably proud of how this turned out. I did the different aspects of it separately in gouache (minus the heart), then took it into photoshop to arrange as I liked. I feel it’s much better than my previous digital attempt, and even put it up on Spoonflower as a fabric, gift wrap and wallpaper. I’ve been printing it on cards and bookmarks to sell at shows as well, and people seem to like it!

My next piece I’m not quite as proud of, but I spent a long time on it. Probably a bit too long: 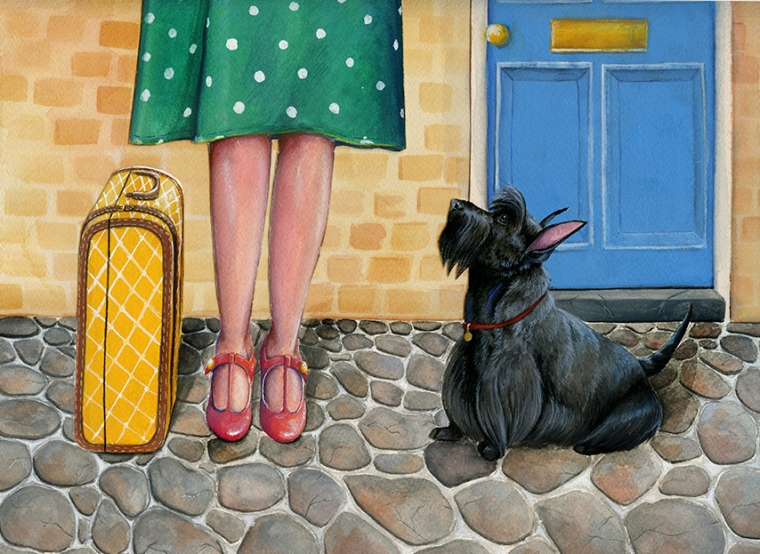 I really loved the concept of this piece, but I think I failed in the execution. It’s something about the background, I think, which I initially had looking quite different. It had dark red bricks which were much more detailed. I felt it threw the piece off, so I trimmed everything else out and put it onto a new background. Maybe I’ve just been looking at it too long and it will grow on me later, but it was an interesting experience none the less. Any bit of painting helps, as far as I’m concerned, but I am a very slow painter, so I decided to make up for my failures here with a quick but colorful piece: 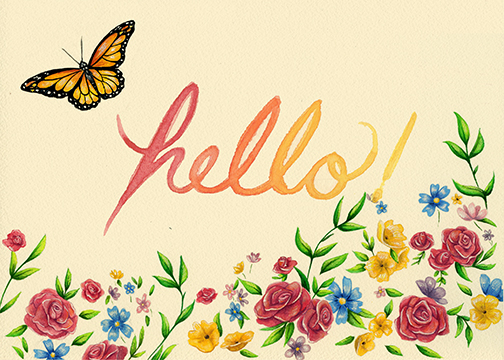 I have a show next week taking place on Easter Sunday so I thought it would be nice to put together a spring-ish looking card to sell. I just wanted something simple and bright. I may use those flowers to put together another pattern later on, though. I think they’d look nice, but that’s something I’ll have to give a go later on.